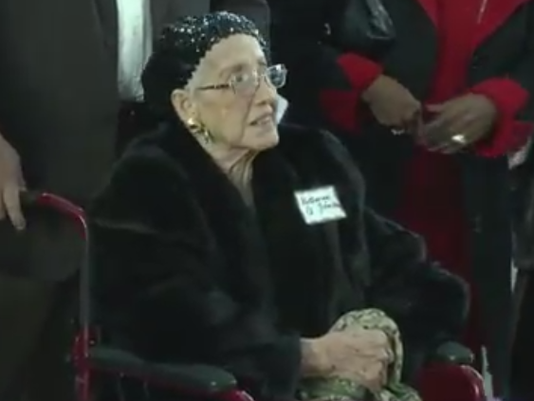 HAMPTON, Va. (WVEC) -- A ceremony was held on Monday night to honor a retired African-American mathematician who was a key member of the team who sent the first men to space and the Moon.

Family, friends and colleagues attended a ceremony for Dr. Katherine Johnson at the Virginia Air and Space Center in Hampton.

Among those in attendance, retired NASA astronaut Leland Melvin who gave Johnson the pin given to him for his very first mission to the International Space Station, STS-122.

However, the event was put on to unveil a new park bench that will be installed in the park next to the Virginia Air & Space Center in the spring.

The National Technical Association and The Sankofa Projects in partnership with the Virginia Air & Space Center honored Johnson, who was among the first African-American mathematicians to work at NASA.

Her skills were used to calculate the trajectory for Project Mercury, which sent the first human spaceflight program and the Apollo 11 mission. 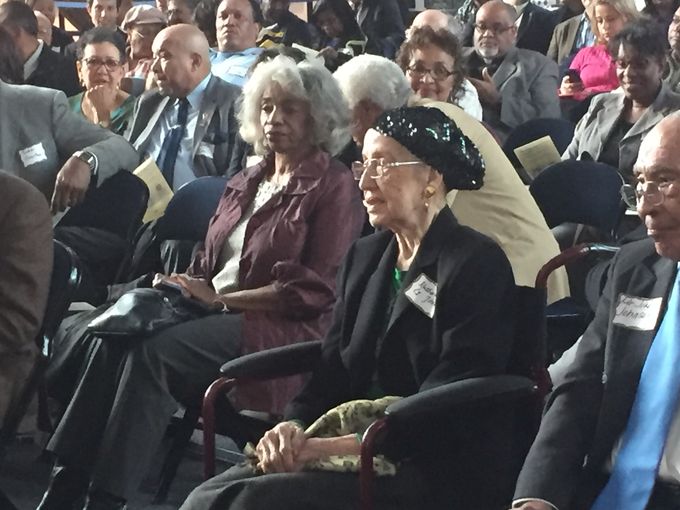 The majors of Hampton and Newport News, where Johnson lives, where on hand for the event, along with Congressman Bobby Scott.

There was a video presentation from NASA administrator Charles Bolden, who praised Johnson’s contributions to the space race.

In November of 2015, President Barrack Obama invited Johnson to the White House where he presented her with the Presidential Medal of Freedom.

Earlier this month, it was announced a movie would be made about Johnson based on the book “Hidden Figures: The Story of the African-American Women Who Helped Win the Space Race,” written by Margot Lee Shetterly. The film will start Taraji P. Henderson as Johnson.